Ask live chat to assign a booster, so we are ready to start as soon as you order!

Let the best Boosting Service Elo boost you to your Desired Division. Get started by choosing your Current Rank and your Desired Rank.

Your Experience With Us

How does boosting work? 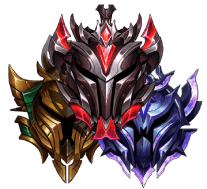 What Is A Solo Division Boost?

A solo division boost is when you order a divisional boost, for example silver 3 to gold 3. Our Booster will log into your account and play Ranked games to reach your desired division. As soon as you place the order our team of boosters will be notified immediately.

Our Boosters go through a very demanding process to be accepted to work with us. We have a very lengthy procedure in order to get hired. Therefore, this means they have been vetted and cleared. Your account is safe in our hands, all account information is encrypted. Having an extremely low ban rate with the precaution we have set, we will use a VPN to mimic your location. It is advised that you let us know which location VPN you would like us to use.

What Happens When I Order?

Once you’ve paid for your order it will be entered into our platform. Our available boosters will pick your order as soon as they can. You will be able to login to your User Dashboard and track your order from start to finish. You can chat with your booster and make any changes to your boost order there. You can also add in any specific information that you want, for example what vpn location you would like us to use during your boost.

What If I Have More Questions?

We have a designated FAQ page for you to get answers to common questions. Alternatively, you are advised to send a message to the live-chat. Another option is to fill out the email form to contact us.

More About Our Boosting Services

League of Legends is a highly competitive game, and it gets more competitive the higher rank you are, naturally you will want to be a higher rank. If you are already a LoL player you will know the grind of ranking in the tiers/divisions League of legends has (excluding the top tiers like Challenger, Grandmaster etc). Our service was introduced to create a solution for players who struggle in the 5v5 environment or people who are facing ELO Hell. By using our service you can enjoy the game as it was meant to be experienced. League of Legends boost is where one of the best players with good mental skills will play and rank up on your account so that you can avoid the problems faced by many in LoL. Problem 1, league of legends has many players who are both toxic, some who go afk, and some who don't try their hardest to win, which makes your climb harder. Problem 2, the game is a team game which means in the 5v5 environment, if one player is not good or doesn't want to win then your wins are in jeopardy. Boosting is a solution for these problems. Some people need that push in order to perform better, boosting can help you get to a rank that you can shine in.

When and Why you should buy an Elo boost?

We strongly believe that boosting in League of Legends will help many players experience the game better. There are many cases where a player should be recommended with a LoL Boost. If you feel that your games are stale and that you are better than your peers and only help back due to your teammates not trying hard enough. Sometimes you can play better in higher ranks than lower ranks if your game-sense is high. If so, then you should buy a boost, because you are bound to climb when you start playing in higher ELOs. We have seen that after boosts, many players get the stepping-stone to climb into even higher ranks. League of Legends is about having a good time in a team-play environment (5v5). When you constantly play in lower ELOs the game doesn't feel fun anymore and also very draining, this is why many players quit. To avoid frustration or being angry in lower tiers, we recommend buying a boost. It can reinvigorate the fun of playing LoL, it's a no brainer. Why would you want to play league in bronze when you can play in Master Tier divisions with the best in the game? Buy a boost so that our boosters can do the boring and lengthy climb in the lower divisions and you can enjoy when they have brought your account to the ELO YOU want to play in. When we have improved your rank you will enjoy learning from better players and also you will get the perks or being in higher tier bracks. Like exclusive skins, borders and other freebies that RIOT provides to better players, such as the Victorious seasonal skin. Let our Ranked Boosters be the enablers for you to rank up as far as you desire.

The Details of getting an Elo Boost.

The process of ELO boosting in solo divisions is straightforward. Rankedboosters has hand picked pro boosters that play this game as their primary job. They will log on to your account (if you purchased solo division boosting) and play those frustrating games you have been dreading. You will have to tell us the start tier and your desired tier so that we can get started. The booster will be notified and complete your boost at the fastest time possible. To bring the best service possible in ELO boosting we have selected the highest ranked players. Not only that, those players are committed to providing the best experience to our customers. This means that they play dedicated hours (by their choice) and go above and beyond when boosting an account in league of legends. They have been analyzed and trained to boost so that no harmful effects occur to your LoL account, this means there will be no toxicity at all. Majority of our players are Master and above, when you purchase you can pick many premium options and the boost will be taken in approximately 30min. All the information about your account is secured and only the booster who will play on the account knows the details when you buy a solo league boost. You will have to keep in mind that boosting time, as they can vary. It depends on how large the boost is, an example would be going from silver 4 to silver 2 takes only about 2 days. But going from gold 4 to diamond 4 will take a lot longer. It also depends on which elo the boost is in. You can always contact the booster and ask them to pause your elo boost so that you can hop on and play some games. Always contact the live-chat if you have any additional questions and we would be happy to help.

All Games are registered trademark of Riot Games. We are in no way affiliated with, associated or endorsed by Riot Games. Ranked Boosters don’t reflect the views or opinions of anyone officially involved in producing or managing League of Legends. Art Work, Game content and materials are trademarks and copyrights of their respective companies, publisher and its licensors. We may use cookies to personalize content and analyze our site traffic. By continuing to use our site, you accept our use of cookies. Learn more at Terms of Service and Privacy Policy.